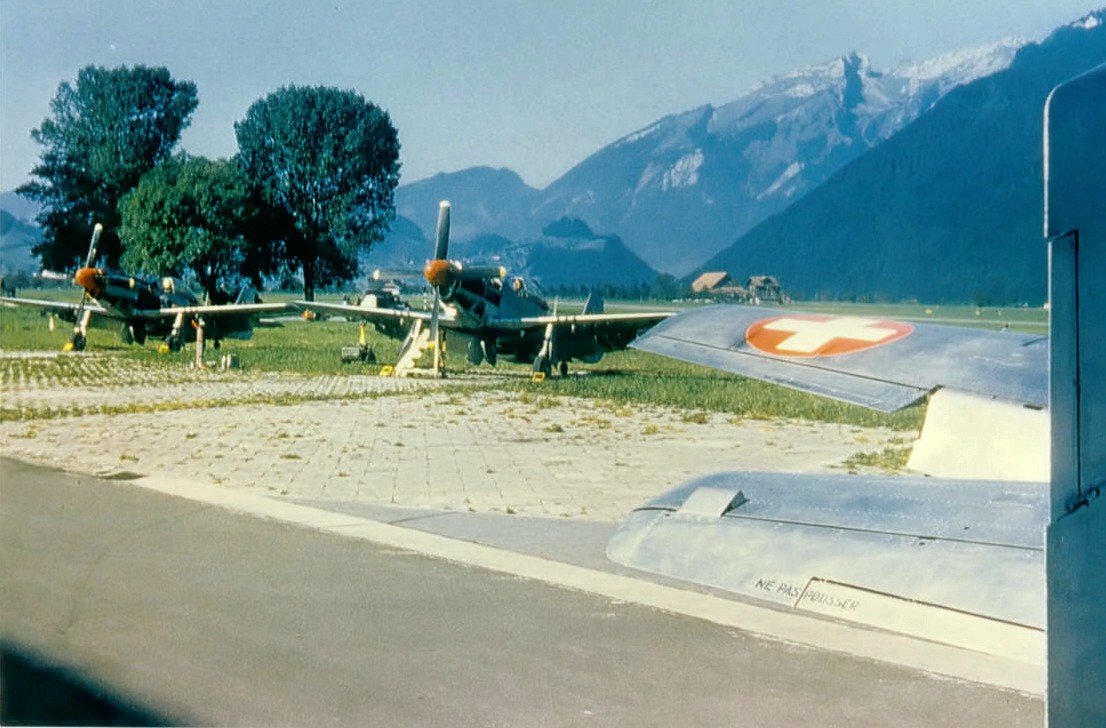 Dispersal at Buochs during the early 50's (via R. Küng).

This page covers details on the service life of the 130 North American P-51 Mustangs with the Swiss Air Force, especially the units equipped with this type and also on major modifications of Swiss origin applied to the aircraft. We will also provide information on accidents and specially equipped aircraft, such as reconaissance versions and two-seat conversions.

During their service with the Swiss Air Force, the Mustangs equipped five squadrons (Fliegerstaffeln in German, abbreviated FlSt): 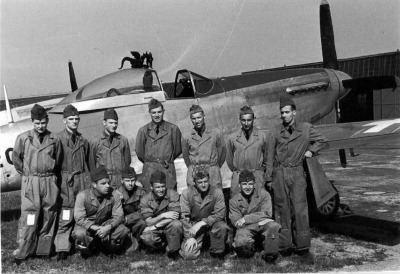 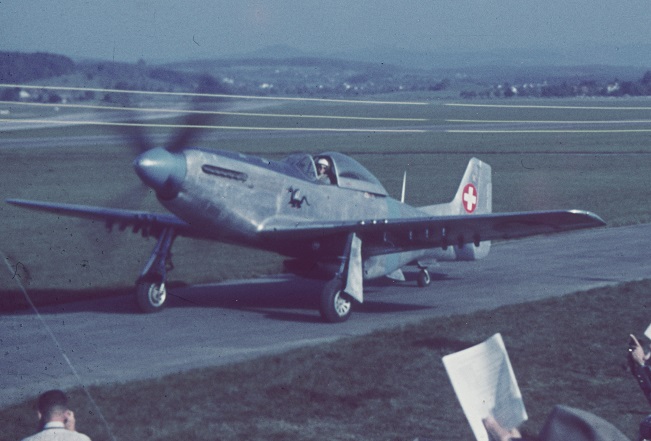 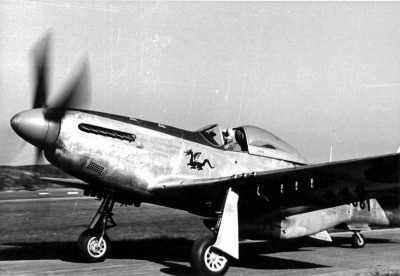 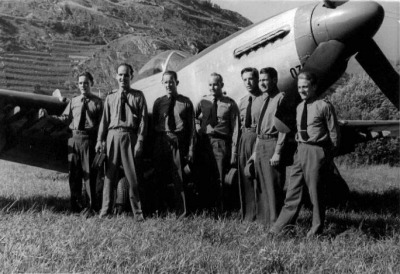 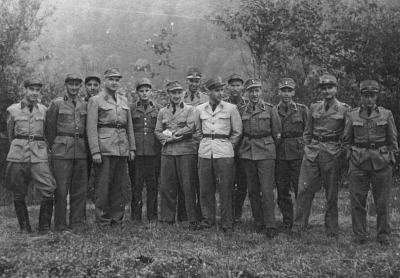 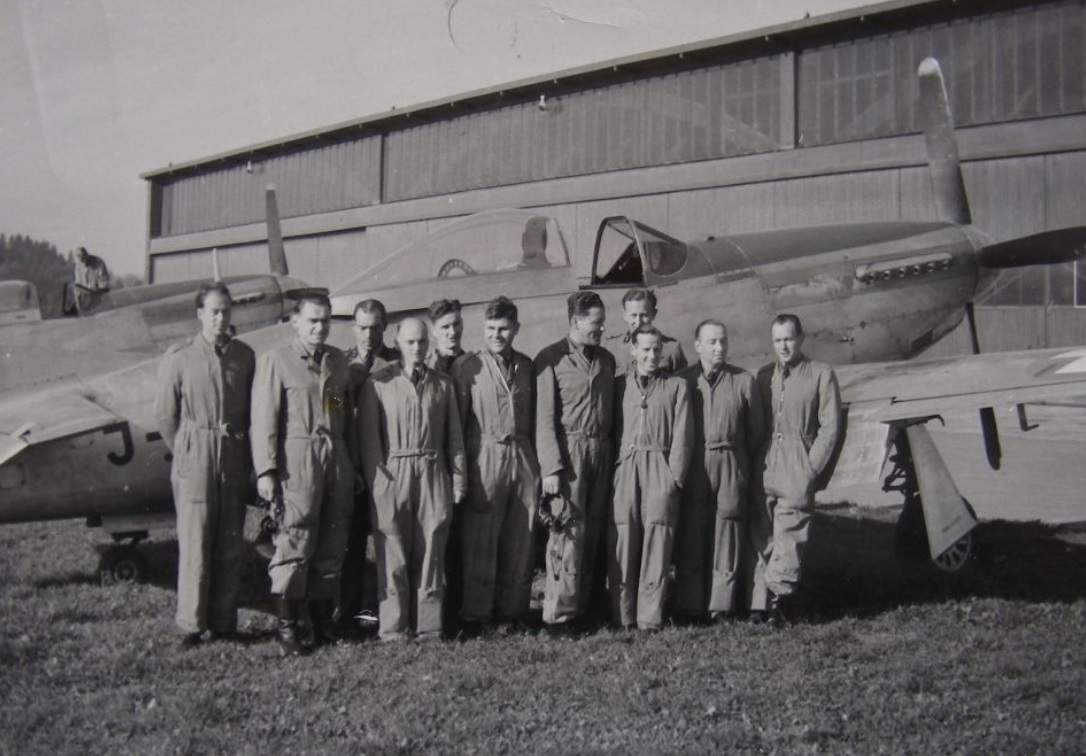 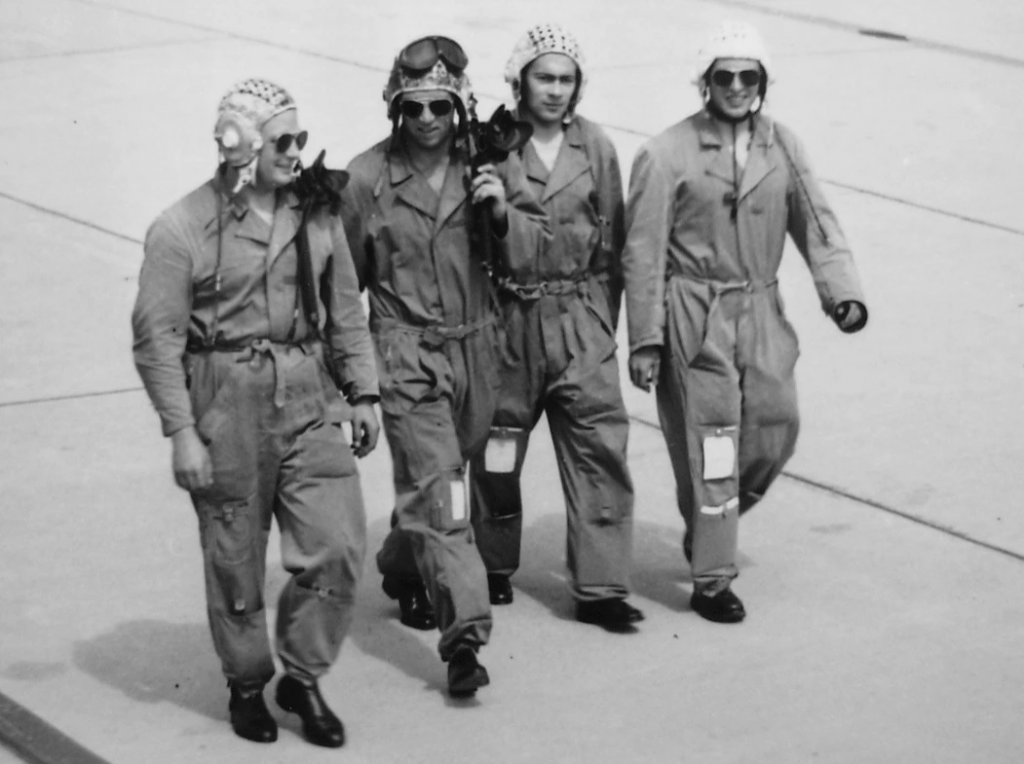 P-51D pilots of FlSt 20 walking to their aircraft, Summer 1953 - note the variety of head-gear worn during that time. 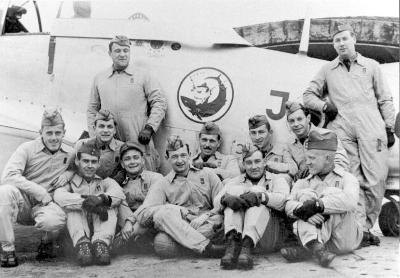 The Swiss AF Museum example (J-2113) also has been adorned with this badge; it never carried it during its active service, though ! 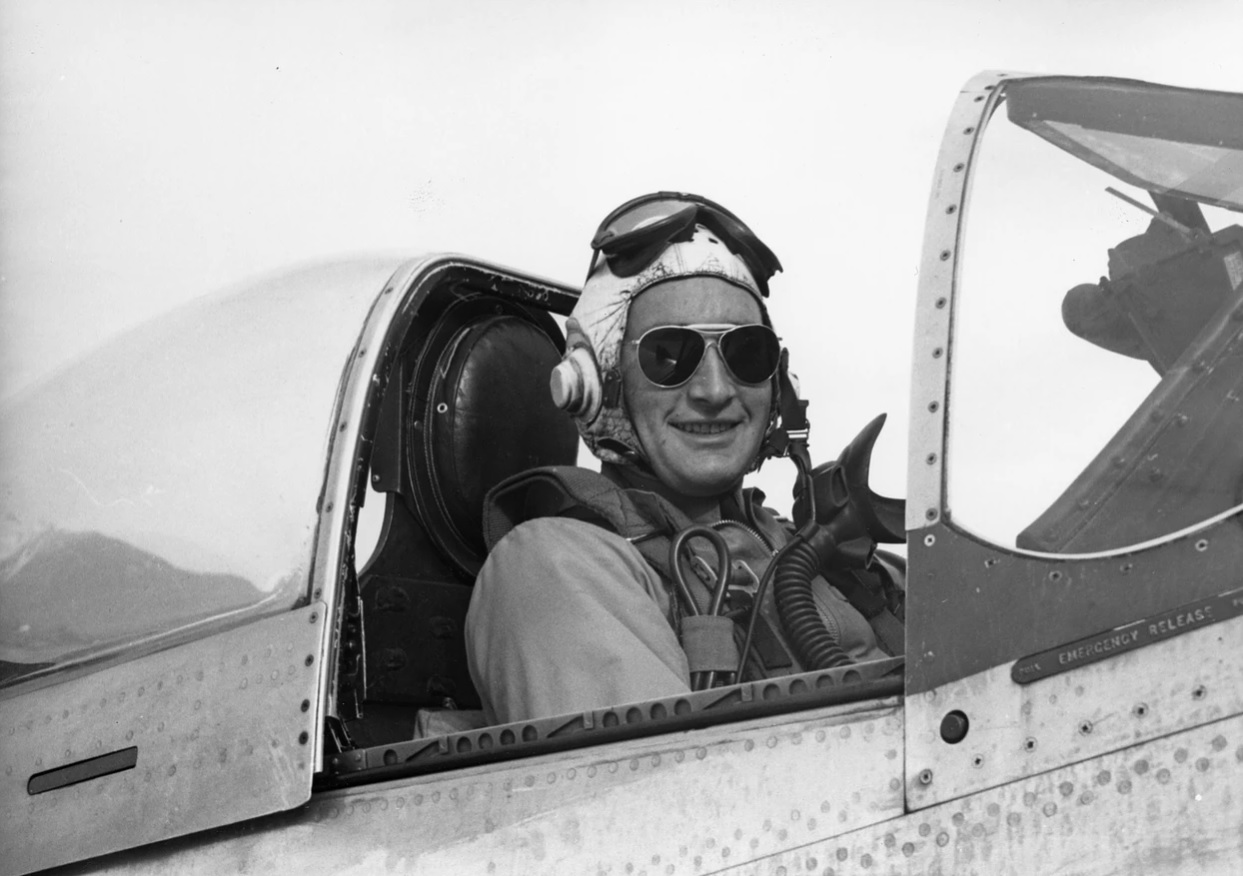 Oblt. Alfred "Mausi" Muser, Deputy-CO of FlSt. 21. He was a long-time member of this unit, having flown Me-109's and D-3801's before the P-51D. In civilian life he was commercial airline pilot with Swissair and Balair. 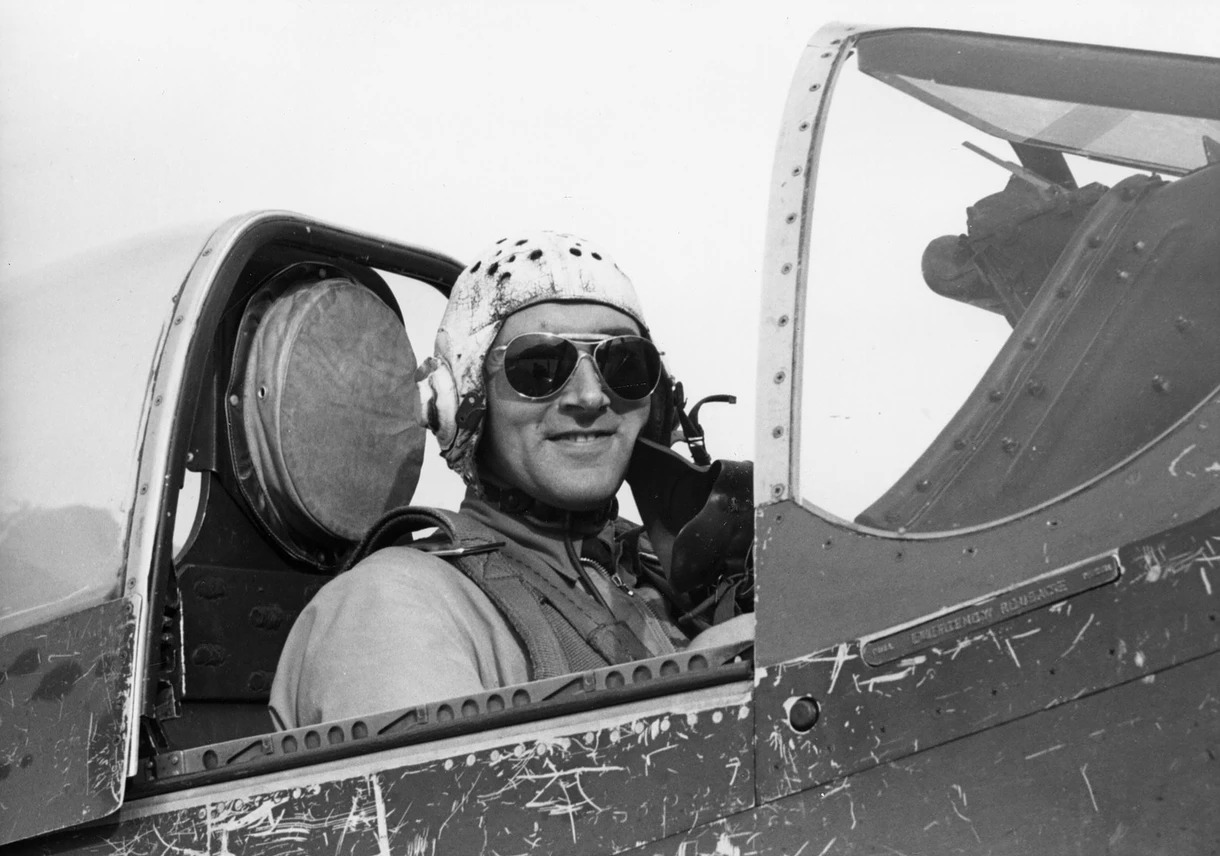 Lt. Kurt "Schmuck" Schmucki, member of FlSt 21 - he was lost on 2nd March 1954 in a fatal crash: when his P-51D-20-NA J-2048 developed engine trouble, Schmucki tried to make an emergency landing on a small airfield, but unfortunately clipped a tree on final approach and crashed.
©  Martin Kyburz / Swiss Mustangs 2003 - 2019